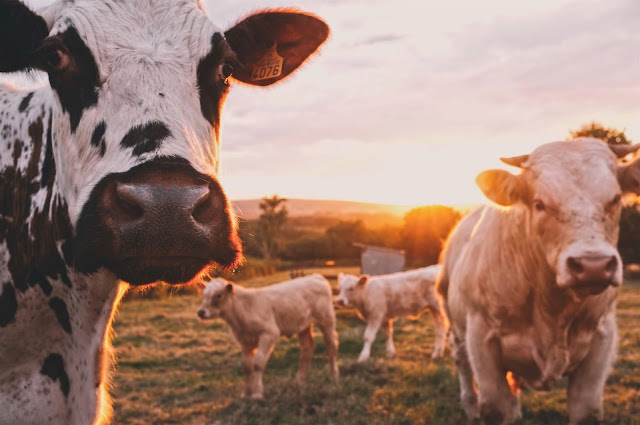 Today is world vegan day!  When I first heard of veganism, I was in my teens.  I liked the idea, but didn't know how I would ever make the transition.  Like many others, I ate for comfort; it would give me something to look forward to.  When I got into my twenties, I started to meet many more vegans who encouraged me to try new and exciting foods.  At first, I was not keen, but did enjoy the vegan lasagna.  I tried vegan burgers and used vegetarianism as a way to move gently into veganism.  This had varying results.

I found vegans had different tactics: either trying to tempt we with food or trying to gross me out with images of slaughtered animals.  The latter just made me resent vegans and i ended up rebelling, but the food ideas would work.

After years of living as a flexitarian, someone that will eat vegan food on some days but not all,  I went on a fast on the lead up to Pentecost and continued for months after.  By the end of the fast, I new I was a vegan.

I have never regretted being a vegan; I love being a vegan and enjoy every day.  As a consequence of being a vegan, I have learned how to cook on a whole new level and learned more about vitamins and minerals.  My health has improved and my cholesterol has dropped to zero.  Becoming a vegan was one the best thing I ever did!