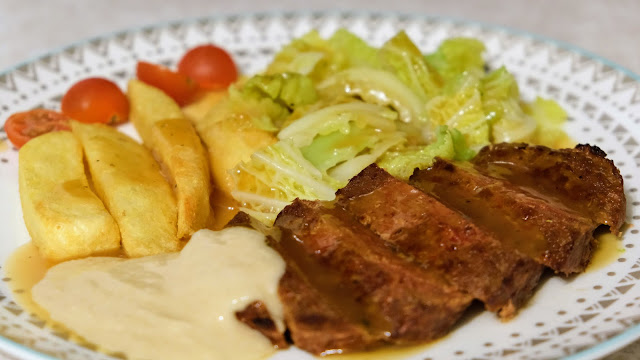 Some people find themself missing meat or worried about giving up meat.  Subsequently, a great mock meat is needed to satisfy that need for a chunk of meat.  As a result, the vegan food industry has come up with some really great mock meats.  I have reviewed Vivera vegan stakes before and found them to be great.  This time i had it with vegan gravy and vegan horseradish sauce.  Inspired vegan horseradish sauce is brilliant!  I got it from Alternative Stores. 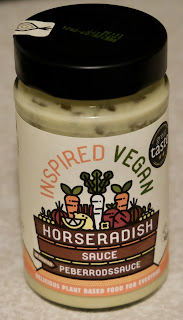 This stake is easy to cook and tasty too.  On many occasion I have heard people asking for a great meal for their meat eating partner, so could this be it? It is important to note that this stake is fortified with B12, which as you may or may not know is highly important to a vegan, since a lack of it can lead to depression and even lead to permanent  nerve damage.  For this reason, it is a good idea to add nutritional yeast fortified with B12 to the gravy.  You can get the nutritional yeast from Alternative Stores.  The yeast is usually used to replace grated cheese on food, but you can also mix it into sauces a gravy. 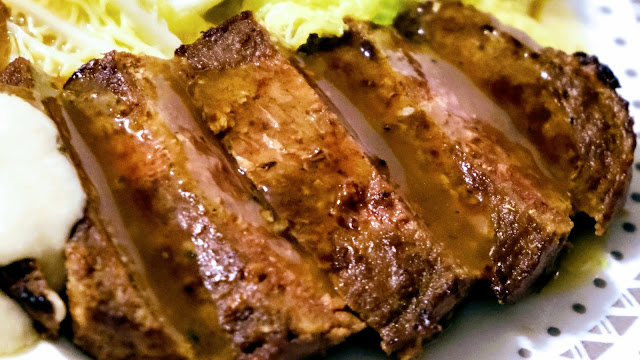 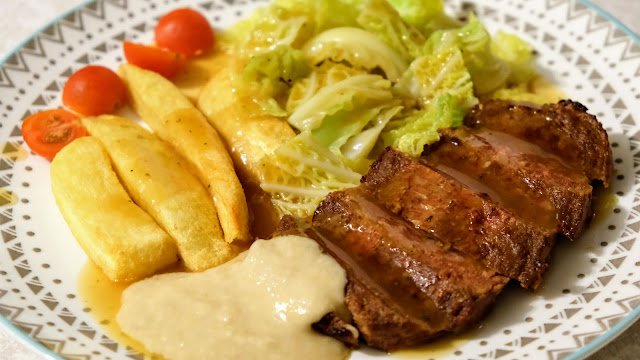 Hope that you liked the blog.  Let me know how you are doing in your vegan life in the comments below.