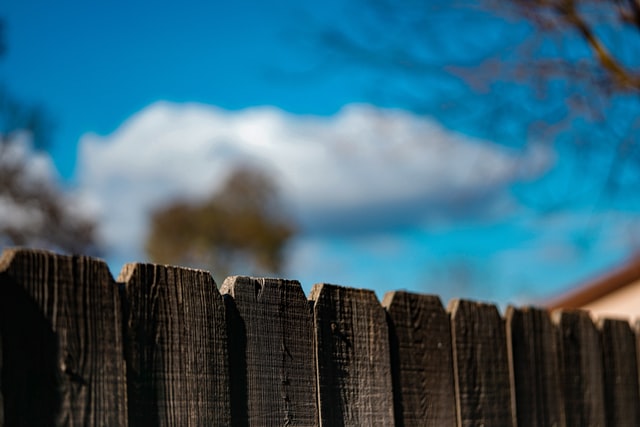 The whole feel of Lent has changed for me.  I don't feel lost or lonely any more. Most noticeable, is my desire to pray more than ever.  In fact, i find myself praying endlessly all day and just want to stay in and pray all day, which i then do.  I also get the distinct feeling that i am not alone, which is the opposite of what i have been feeling and the need to pray the chaplet for the Mercy to Forgive Another almost overwhelming.

I still find myself disappearing into the past; however, the crying has not stopped.  I look out of the windows and at the blue sky and then i notice the fence, which in turn leads to a feeling of being back in one of the houses i grew up in.  The second house i remember living at to be exact.  I remember going to see Star Wars and becoming fascinated by it to the point that i was surrounded by cards with gum and magazines about it. I would watch it when ever it came on the TV too.  Then i realised that as much as i wanted to i can never go back there to that house at that time.  As lucky as i was as a child, it didn't matter if i was at my Dad's, which was home or at my Mum's, which i visited, i was never quite wanted by everyone.  I always felt like the fly in someone's ointment and they would rather i was not there or was someone else.  Growing up in what came to be called broken homes was never easy, but sometimes it was great just to have something that was a family.  Nonetheless, every chance i got i would head to my Nan's at full speed taking the shortest, yet safest route to hers. At my Nan's, i never felt like the outsider; i felt only loved.  She didn't know who i was at the end; she just didn't recognise me.  Perhaps she felt i had let her down or betrayed her in some way.

The feelings of fear and worry have come back and i, again, slip into the past, thinking about what i saw, the documentaries on Nazi Germany and the fear of something like that happening here in the UK.  The vaccine from Oxford has cells derived from aborted fetuses, which makes me freak out at the idea of taking it.  I can't stand the idea of this stuff in my blood.  Blood is said to carry life and is sacred.  This reminds me of the lack off morality the Nazis had.  I see what happens to animals in the slaughter houses in the west and i know what happened in the Nazi camps and i realise that these things happen because to many people have no moral guide.  I also remember that complaints about the west losing its moral compass are numerous with even people in political parties saying it.  How long will it be before the authorities start butchering us.  I remember hearing people in the shops saying that we must kill certain groups of people, which included the gypsies, the homeless and beating children into submission.  As i pray, i feel that God is asking me to speak out against the hard heartedness of the people and warn them of what happened to such civilisations in scripture.  On top of this, massive censorship of Christians is everywhere.  Something is very wrong and even the sound of the wind carries a sinister warning of the future.  Subsequently, i am looking forward to Mass on Saturday.  Due to the COVID restrictions, getting to Mass on a Sunday is spaced out.  What i mean is, we can only have a few people in Church at a time, so we all have to take our turn with Sunday Mass.  Not only that, we are not allowed to sing.  Many believe that the current circumstances are being used to stamp out the Christian Church and i am beginning to believe them. Lord have mercy on us all.

I have been out and went into town today. While out, i sensed the uneasiness radiation from people like it was the calm before the storm.  Most of the shops are still shut, but banks and food shops are still open on this sort of sunny day. The feeling of uneasiness seems to have followed me home.   The weather with the storm clouds on the horizon, seems like a perfect way to describe this Lenten feeling: a feeling of pending doom!  I feels like i am just waiting for the end of civilisation.  I find, as i deepen my prayer, that i should keep watch for something unholy like i am walking the perimeter of God's kingdom rather than in the safety of its centre.  I feel like a guard waiting for the enemy to attack; like i know the enemy will attack.  At least food no longer seems like a distraction. Yes, that is correct, i just stopped craving it; i am not tempted by it any more.  I am, however, still tempted by grumpiness.

I have been to get the COVID vaccine, but it didn't go well.  I was anxious and said so to the women doing the injections, but as soon as i did, i was hated on by one of the women.  I don't know how i am supposed to love these hateful monsters.  Nonetheless, i will try and pray the chaplet to forgive another.