3 Jewish Festivals Christians Should Know About 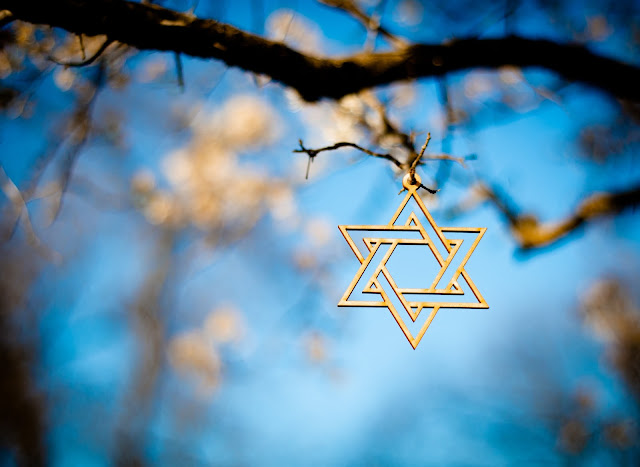 The Jewish calendar is full of festivals with each of them full of meaning. However, there are three festivals that should be of interest to all Christians.

These festivals are the three harvest feasts for spring, summer and autumn.

Why do Christians need to know about them?

These are the three major festivals at the time of Jesus and are called the pilgrimage festivals: shalosh regalim. People from the Jewish faith would head to Jerusalem to celebrate these festivals. Moreover, these festivals also represent major events in the Bible for the Israelites all relating to Exodus. God explains how to celebrate them in Exodus 12 13, Leviticus 23 and Deuteronomy 16. 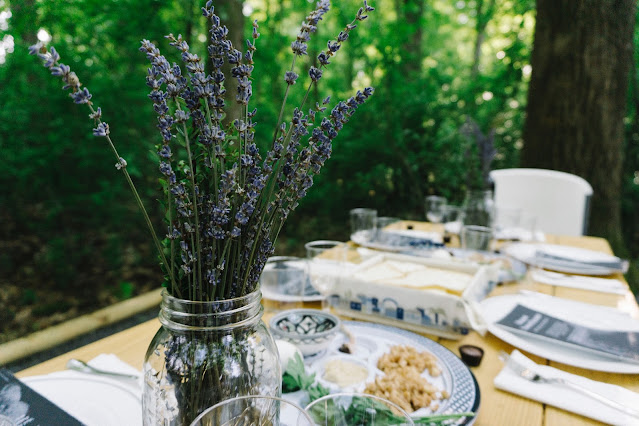 The feast of Passover (Pesach)

First, I will explain the festival and the story in brief. This is an eight day (seven days if you are in the Holy lands) festival and comes from the book of Exodus in the Pentateuch (Shemot in the Torah of the Tanakh) where God leads the Israelites out of Egypt explained in Ex 12 - 13, Lev 23:4-8 and Duet 16:1-8.  The Israelites were slaves in Egypt at the time of Moses. In fact, Moses is born into slavery and is placed in a basket and sent down the river in order to escape the mass slaughter of baby boys by the Pharaoh’s troops. The slaughter took place because the Pharaoh had become concerned with the number of Jews living in Egypt. It is important to know this, so that we recognise God’s protection of Moses. Obviously, the Israelites were not very happy being slaves and longed to be free. This is commemorated by eating parsley dipped in saltwater to symbolise the tears and eating bitter herbs to symbolise the bitterness of slavery. The work was hard and dangerous. In addition, the Israelites made bricks, which is symbolised by a side dish called Charoset made from crushed walnuts or ground almonds, chopped apple and wine. These dishes are part of the Seder meal. Passover is to commemorate the liberation of the Israelites from Egypt and gets its name from the tenth plague where the Israelites are commanded to paint the blood of an unblemished lamb over the doorway indicating to the angel of death to Passover that home (Ex 12:22-23). After the Jewish people escaped from Pharaoh and his army, the unleavened bread backed in the baskets on their backs, which is symbolised as Matzo bread a type of cracker with no yeast. 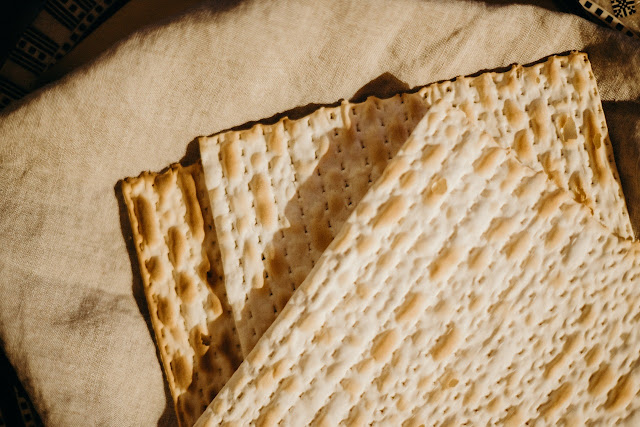 The plagues of Egypt Ex 7 through to Ex 11

After the tenth plague, the Israelites are released, but then Pharaoh changes his mind and chases after them. This is where the parting of the sea takes place and Pharaoh's army including Pharaoh drown.

You might have guessed it when we got to the bit about the blood of the lamb. The pascal lamb, a lamb without blemish (Ex 12:5) is the Passover lamb and the first in this tradition. As Christians, we are covered in the blood of the lamb: Jesus (1 Peter 1:18-19). Jesus is the paschal lamb; a lamb without blemish (1 Cor 5:7). Also, note the order from God not to break bones in Ex 12. When on the cross:

‘32 The soldiers therefore came and broke the legs of the first man who had been crucified with Jesus, and then those of the other. 33 But when they came to Jesus and found that he was already dead, they did not break his legs.’ (John 19: 32-33).

Is this festival good for Christians to at least examine? Yes, because it shows us how to learn about scripture from a festival where the food has great meaning. In this instance, it teaches Christians why Jesus is seen as the Paschal Lamb and what it means. We are covered in the blood of the lamb meaning the avenging angel will Passover us because Jesus has paid the price of our sin. 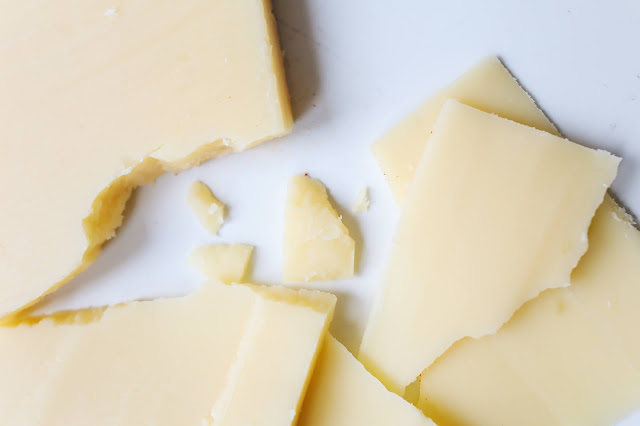 The feast of Weeks (Also called Pentecost or Shavu'ot)

This festival differs from the other two in that it is only two days. It takes place seven weeks after the first day of the Passover festival. Seven weeks is 49 days with the festival taking place on the fiftieth day and is reason behind the name: festival of weeks (seven weeks) or Pentecost meaning fiftieth day. This festival commemorates the giving of the Torah at Mount Sinai in addition to celebrating the wheat harvest. Like other Jewish festivals, this festival also has food traditions such as eating dairy produce like cheese although no one really knows why this is the case. Nevertheless, some say that the dairy is to do with milk and milk nourishes a baby as the Torah nourishes the readers. A newer tradition is to spend a lot of time studying the Torah in all nighters or just with friends and family each day.

The reason so many people where in Jerusalem at the time of the Christian Pentecost is because it was festival time and Jewish people from everywhere had made the pilgrimage. One purpose of the celebrations was to celebrate the law being given to Moses. After the Holy Spirit descends upon Mary, the disciples and the apostle in the upper room, Peter rushes out and preaches to the crowd. In one Jewish story God offers the Torah to the people of the world, but the Jewish people were the only ones to accept it. Likewise, Jesus is offering salvation to all people in the world, but only the ones that accept it will receive it. Jesus told us that we must eat of His flesh and drink of His blood, which we do in Holy communion and is taken quite literally in Catholicism in what is called transubstantiation. It is also seen as a need to study His word as if His teachings is the food we need to grow like Torah nourishing the Jewish people: Jesus is the fulfilment of the law. It is important to remember that Peter was preaching to a crowd celebrating the law being given to Moses on stone tablets, but now the law is written on our hearts (Hebrews 8:10). 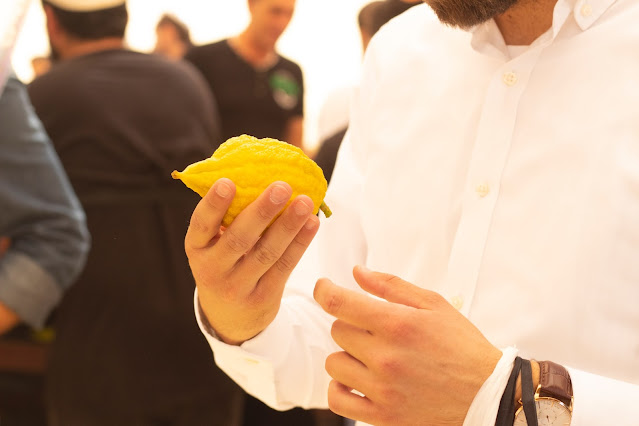 The feast of Booths (Sukkot or Feast of Tabernacles)

The details to this festival are laid out in Deut 16:13-17.  This is a week long festival to commemorate how God made the Israelites live in booths after leading them out of Egypt on their way to the promised land.

In addition, it commemorates the last harvest of the year.  The booths or tabernacles must have three sides and with branches and leaves for the roof.  It should be flimsy with the sky seen between the branches.   This festival reminds us of the feebleness of our existence.   The Israelites would live in temporary huts called Sukkot hence the name. The idea is to build a Sukkot and eat in it for each day of the festival to remind people what happened in the desert.  These huts are flimsy and temporary like our bodies. Subsequently, it reminds us of only the only real comfort and security: God.   Furthermore, it reminds us that even if life is insecure and lacking in comfort it is better than living in slavery.  God will sometimes lead us away from some sort of slavery, such as the slavery of sin, which may cause some discomfort at first. Earlier I mentioned the last harvest.  Christians will know the last harvest as the ‘Harvesting the Earth and Trampling the Wine press’ in Rev 14:14-20.

The feast points to a time of messianic hope and salvation. God would dwell in the tabernacle and the tabernacles in this festival are symbolic of God dwelling with us.  Obviously, Jesus dwelt with the people and this is the reason His disciples didn't need to fast.   The priests would poor out water on the alter to express a desire for future rain for the next harvest.  Jesus refers to people as the harvest and in John 7:37-38 says:

‘…Let anyone who is thirsty come to me and drink. 38 Whoever believes in me, as Scripture has said, rivers of living water will flow from within them.’

Jesus said this knowing that under Roman rule people felt there was a spiritual drought. After this people began to ask was Jesus a prophet or even the messiah (John 7:40-41).  It is also worth noting that parallels between God leading the Israelites out of the bondage of Egypt and Jesus leading us out of the bondage of sin are drawn.  In addition, the festival involves lighting four huge oil lamps in the Court of Women to symbolise the pillar of fire that lead them in the wilderness.  The lamps would light up the whole city.  In John 8:12 Jesus said:

“…’I am the light of the world. Whoever follows me will never walk in darkness but will have the light of life.’”.

Jesus is the light we must follow just as the Israelites had to follow the pillar of fire.

Please leave a comment and let me know what you think.